You are here: Home » News & Views » In the News » Lang announces return to law practice

NEW BEDFORD — Former Mayor Scott W. Lang was back in the newspaper Wednesday — this time with an advertisement for his law practice.

“I’ve had an awful lot of people unsure if I was actually going back to practicing,” said Lang, whose last day in office was Jan. 2. “We’ve been pretty busy but I have capacity to be very busy.”

He added later: “I’ll build my own clientele and following again. I had it when I left and I’ll build it back up again.”

The quarter-page ad mentioned Lang’s three terms as mayor of New Bedford and announced he has returned to his law practice, focusing on, among other things, catastrophic personal injuries and wrongful death cases.

In a phone interview Wednesday, Lang said he would be specializing in the same types of law he had before he first took office in January 2006. 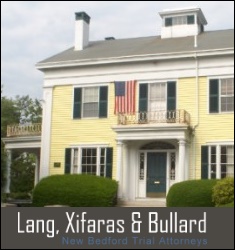